The Thucydides Trap – Is it real?

There is now a well-established school of thought in both academia and in foreign policy, according to which the United States and China are now in their own modern-day version of the Thucydides Trap.

The Power of Dividends

Thucydides (Θουκυδίδης) is recognised as the first chronicler of his own times in the ancient world. His History of the Peloponnesian War is the earliest recorded political and moral analysis of a nation’s conduct of a war. His analysis was that the two sides, Athens and Sparta, were essentially destined to go to war, because Athens, the incumbent super power of the day, was unsettled by the ambitions of the rapidly advancing Sparta, who resented Athens’ superiority. As Sparta’s confidence and demands increased, it became clear that Athens had to respond, and battle was joined.

Hope is an expensive commodity. It is better to be prepared.

The Peloponnesian war began in 431 BC, 40 years after the Athenians and the Spartans had fought as allies to defeat the Persian army of Xerxes. In the interim, Athens’ preeminent naval power brought riches and territories, whilst Sparta slowly built up its standing army and mounted its challenge. In the event, Athens lost after an exhausting 30-year war, as much weakened by the plague which eliminated a third of its population and killed its leader, Pericles, as by Sparta’s ruthless land campaign. 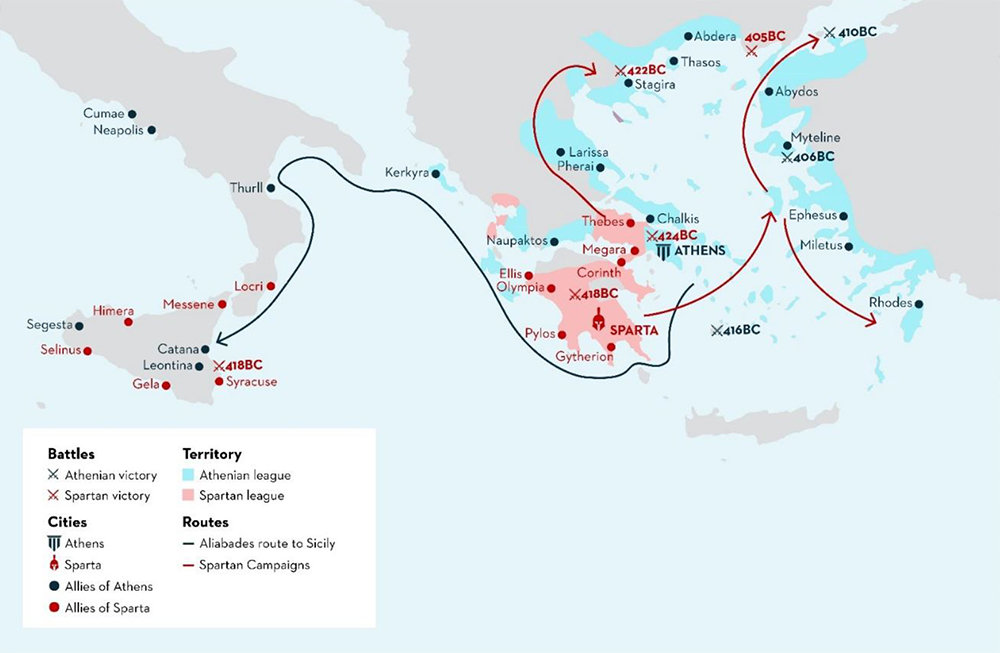 There is now a well-established school of thought in both academia and in foreign policy, according to which we the United States and China are now in their own modern-day version of the Thucydides Trap. Seen through this prism, the large-scale infrastructure driven Belt and Road Initiative, the 1.9% of GDP being spent on defence and the installations of early warning radar and defensive capabilities in the South China Sea look like offensive moves to Washington, DC. From Beijing, they are seen as defensive and sensible – China believes it is bound to build out its national defensive capabilities, especially after a decades long period of under-investment. 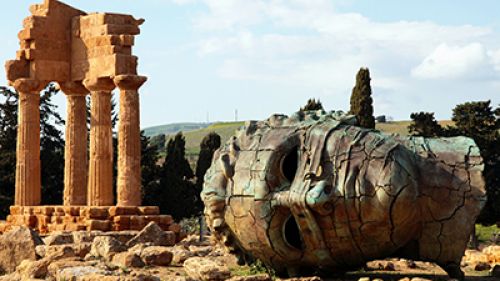 Thucydides was a believer in a balance of powers as a mechanism to ensure order in an essentially anarchic world. Over the last 70 years, the growth of trade has served as a tension minimiser and a permanent reminder that countries do have shared interests and can benefit from closer understanding. The situation today is deteriorating rapidly as those investors who are paying attention struggle to understand if what’s going on between China and the US is just a nasty trade war, or an uncompromising cold war.

In both Beijing and Washington DC, the decision-making circles have become smaller, with less interest in what expert practitioners have to say and more focus on gut instinct and visceral passion. This is a big problem, because it makes it less easy to ‘read’ signals correctly and lessens the likelihood of ‘cooler heads’ prevailing.

Both of these point to higher chances of misunderstanding and further escalation, especially as both sides demand loyalty of their people and as a result, there is less tolerance of dissenting voices.

Depending on the outcome of next year’s elections, we could be headed for an irreversible cold war in relations

Unfortunately for everyone else, if the US and China are locked in this embrace, it matters for global economic growth, which means it matters for investors everywhere. One of the reasons for concern lies in the continuing trend towards deafness on both sides. In both capitals, there is a growing belief that the other is weaker than it appears and it’s only a matter of time before it cracks under pressure. Any attempt to decouple the US and Chinese economies will be messy, painful and damaging to investors and consumers. It’s not clear however that Washington either recognises that, or indeed that it cares.

So where are the two sides?

Washington has found unusual bipartisan consensus on the judgement of China as a ‘bad actor’. One school of thought was that after China’s entry into the WTO, Beijing would be seduced by the dominant Anglo-Saxon capitalist model and would begin to copy us. The other is that China is Communist, therefore hates the American way of life and will try to prevail at every opportunity. At the moment, they seem to be converging. In Beijing there were also two main camps, but now it seems that the prevailing view is that the US is using trade as a pretext and as such is showing its real, dastardly intentions, to keep China from developing, from gaining her rightful place in the world. Beijing has lost any awe it may have had of our Anglo-Saxon way of doing business when the capitalist system crashed in 2008. Today, Beijing’s priorities are: Clean air and water, rising living standards, a break from the dependency on US technology and the permanence of the Communist Party.

It’s now official. The US 2017 National Security Strategy and the 2018 National Defence Strategy documents both identified China as the United States’ main strategic competitor. The Chinese 2019 Defence White Paper* takes up the challenge and spells out that the two countries are now competing superpowers and the objective is to develop Chinas forces to the point where they can challenge the U.S. But it also explains its defence moves to date and explains why they should be viewed as justifiable and non-threatening.

By recognising these openly and addressing the concerns voiced in the American documents, Beijing is seeking to demonstrate its open handedness and to establish a communication. It seems somehow fittingly strange, that the people who are seeking to maintain open communication channels are the militaries, not the governments.

* Issued in English and Chinese in July 2019
This information is issued and approved by Martin Currie Investment Management Limited (‘MCIM’). The opinions contained in this document are those of the named manager(s). They may not necessarily represent the views of other Martin Currie managers, strategies or funds. It does not constitute investment advice. The information provided should not be considered a recommendation to purchase or sell any particular security. It should not be assumed that any of the security transactions discussed here were, or will prove to be, profitable.

The Power of Dividends