Opening up another front: Capital Markets

Investors appear to have gradually become numbed to the seemingly endless flow of tweets and leaks from the White House and the ensuing furore over trying to interpret soundbites, but this is one that should be taken seriously.

Opening up another front: Capital markets

Banning Chinese companies from listing in the US and restricting US public pension funds from investing in China – Who is prejudiced by such a move?

The idea does have powerful backers, such as Republican Senator Marco Rubio1 of Florida and Democratic Senator2 Jeanne Shaheen of New Hampshire, who jointly sent a letter to the Chairman of the Federal Retirement Thrift Investment Board (FRTIB) in August, asking him to reverse a decision to use the MSCI All Country World ex-US Investable Market Index as the benchmark for a public pension fund held by federal employees, including military personnel. The reason? Because this benchmark index explicitly includes China, so the FRTIB would be investing in that country and (in the Senators’ view) financing the Chinese government and the communist party. The rationale they cite is US national security. The timing is because the Board took this decision in 2017 and implementation is due to go into effect in 2020.

This seems to be an idea borne out of a probably genuine desire to avoid investing in state controlled companies in China. The best way to avoid such an outcome would be to compile an exclusion list of companies that meet that criteria and effectively follow the existing protocol of the Iran/Sudan sanctions that have been in place for a long time.

Additionally, this move is almost certainly in direct contravention of WTO rules, of which the US is a founder signatory, regarding members’ obligation to provide equal access to each other’s markets. But given this Administration’s low regard for multilateral organisations, perhaps this doesn’t matter.

If the aim is to deprive these companies of access to finance, it would be ineffective, since they could choose a London or Frankfurt listing instead. Forcing such action on Chinese companies would make boards of directors at other non-US companies feel obliged to at least review the rationale for continuing to list on the NASDAQ or the NYSE. They would be duty-bound to prepare a plan B with another exchange, in order to protect their shareholders. In brief, it would be one more piece of evidence for those thinking that the US is no longer a transparent, attractive market, open for business with foreign companies. 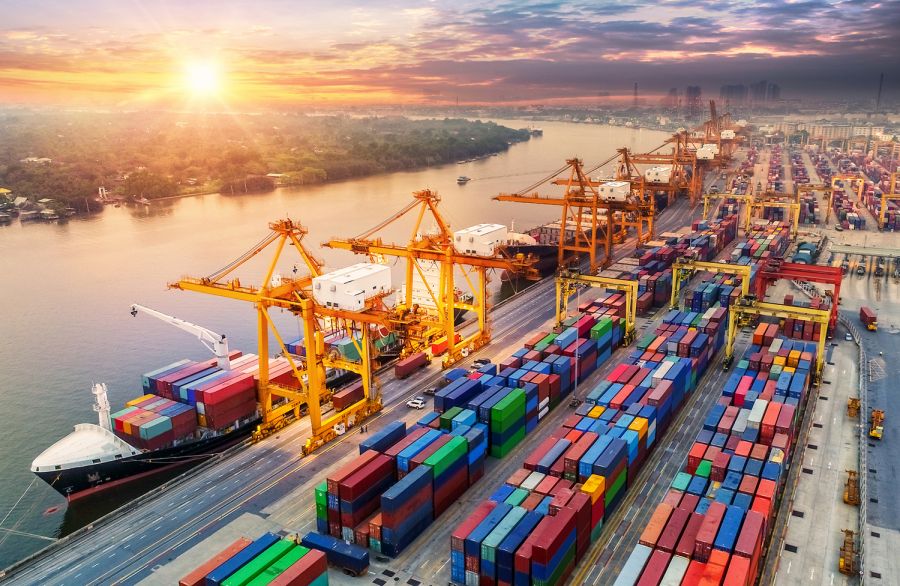 The collateral impact of such a draconian move would absolutely be felt in the US capital markets, as China holds over a trillion dollars of US treasuries – effectively China has been financing the US deficit for many years and currently holds around 16.5%3 of the Treasuries in issue – it could arguably stand the impairment of its portfolio, since it would still have reserves of $2 trillion when the dust settles.

The resultant poisoning of relations with China would drive even moderates to nationalist fervour. The pain of retaliation would be clearly felt by every American company operating in China – as a measure of magnitude, the American Chamber of Commerce in China (AmCham) has 900 member companies according to its website4. These could all become literally ‘forced sellers’ of their Chinese assets and American investors, pensioners and stakeholders would feel the repercussions in short order as share prices come down.

Perhaps less widely appreciated is the magnitude of the potential ‘hit’ from a retaliation which involves the tourism and the education sectors, both of which are relevant right across the US. In 2018, 3 million Chinese tourists visited the US and they spent $34.6bn there, more money than any other nationality, according to the US Government’s National Travel & Tourism Office (NTTO)5. According to the Institute for International Education (IIE) in conjunction with the US Department of State’s Bureau for Educational and Cultural Affairs (ECA), there are over 360,000 Chinese students in the US6, representing one third of all foreign students. It’s not clear how much they spend in the US, but it would seem logical to expect a significant number.

Banning US pension funds or investors from investing in Chinese companies effectively raises the pressure on an already stressed pension fund sector, which is far from fully funded and is struggling to generate the returns on investment required to meet rising liabilities.

Such a move would punish pensioners and contributors by barring them from accessing the higher returns that could come from higher growth Chinese companies. For example, an investment in Alibaba yielded a 78% return in USD since the ADR listed on the NYSE in September 2014. Tencent shares are up a staggering 2939% since their listing in 2008. Both companies are private sector success stories in China. A classic State-Owned Enterprise (SOE) like China Mobile, which is easy to avoid, provided a 383%7 return for its investors since it listed as an ADR in 1997.

Meanwhile, the US benefits from significant incoming capital flows from Chinese companies - FDI that creates jobs and boosts communities as a result.

Lastly, this kind of poorly thought through “policy” discussion only serves to weaken the group in Beijing arguing for reconciliation with the US. It gives ammunition to those hardliners in Beijing who say it is further evidence that the US will try to hurt them, regardless of what they do, so what’s the point of trying to play nice?